An Evening with Merrill Osmond

Merrill Osmond certainly needs no introduction. One part of the world famous Osmond family, responsible for hits including 'Crazy Horses', he is also an established solo artist, touring throughout the world performing in many major venues and singing lead on 27 gold records. Merrill has produced and written the music and lyrics for five number one hit records.

And here's an astonishing fact for you - The Osmonds have produced 47 platinum and gold records - and no other recording artists have earned as many gold records in one year as the Osmond family! As lead vocalist, it's Merrill's incredible voice you can hear on such hits as 'One Bad Apple', 'Let Me In', 'Love Me For A Reason', 'Goin' Home', 'The Proud One', 'I Can't Stop' and 'Having A Party'.

So join Merrill as he performs all the big hits from The Osmonds and talks about his experiences of growing up within one of the worlds biggest bands, the famous people he has met and how he wrote so many of the world famous hits.

Limited Meet and Greet package available, with seating in the front 2 rows of the stalls for £75.50 at 6pm 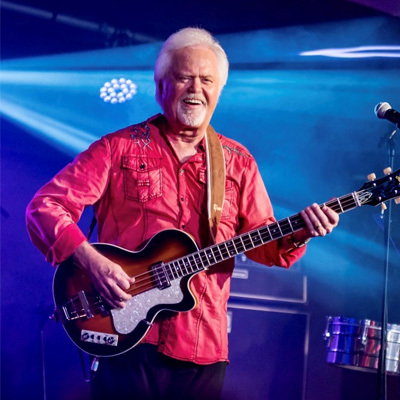