**Please note this is a rescheduled date for 2022. Tickets for the original date will be automatically transferred to this new date and those ticket holders will be contacted by the theatre**

For the award-winning singer, songwriter, and saxophonist, Curtis Stigers, the story keeps getting better. His string of hit singles, millions of albums sales, and a 28-year recording career aside, Stigers’ commitment to artistic growth, and to bringing new tunes to the Great American Songbook, has become unparalleled in modern music. Along the way, this musician has redefined the constitution of contemporary jazz singing. Stigers' success as a songwriter has included co-writing with the likes of legends like Carole King and Barry Mann, and his songwriting talent also led to an Emmy nomination for co-writing and singing the theme song to the wildly successful TV series Sons of Anarchy. His debut album sold over 1.5 million copies worldwide on the strength of self-penned hit singles like I Wonder Why, You’re All That Matters to Me, and Never Saw a Miracle. A year later, Stigers contributed a cover version of Nick Lowe’s, (What’s So Funny ‘Bout) Peace Love and Understanding, to The Bodyguard soundtrack, which has sold over 40 million copies worldwide. Multiple appearances on The Tonight Show, The Late Show with David Letterman, The Today Show and countless international TV shows, put Stigers directly in the spotlight of popular culture. Stigers also made cameo appearances in the movie comedies Ted and Ted 2, written and directed by his friend, Seth MacFarlane. Now, Curtis Stigers returns with a brand new album, GENTLEMAN. Co-produced by Stigers and his long-standing collaborator, the pianist/organist/composer Larry Goldings. The album features jazz arrangements of modern standards by Nick Lowe, Tom T. Hall, John Fullbright and David Poe, plus four new original songs. 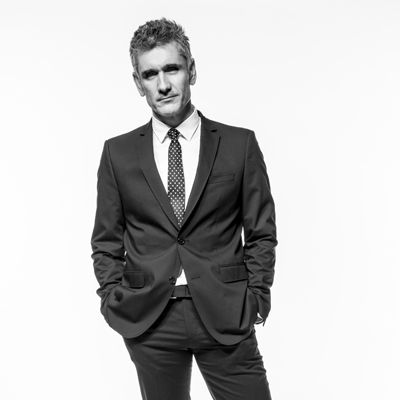