Gwilym hails from the village of Bethel at the foot of mount Snowdon in North West Wales. He has been singing in his native Welsh language since he can remember and has developed a deep connection with the traditional songs and music of his land. His music is a mix of old and new, bringing to life ancient Welsh lyrics and melodies with his own progressive musical approach.

In 2019 he won the award for ‘best solo artist’ at the Welsh folk awards and has performed his music around the world. His first album O Groth y Ddaear (From the Womb of the Earth) was released in 2016 and was shortlisted for ‘best Welsh language album of the year’ at the National Eisteddfod. In 2018 he released the first of his series of recordings of old ballads, and in 2019, released his third album Arenig.

"One of these islands' best, in any language" Mark Radcliffe, BBC Radio 2 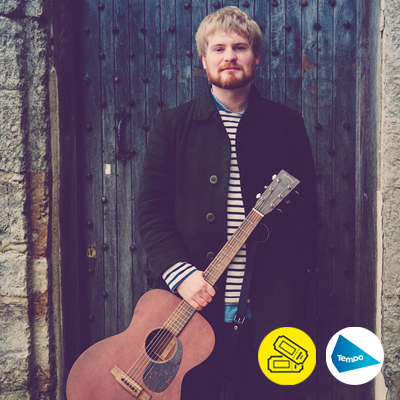