Only Fools and Boycie: An Evening with John Challis

**Please note this is a rescheduled date for 2021. Tickets for the original date will be automatically transferred to this new date and those ticket holders will be contacted by the theatre**

An intimate evening with John Challis, one of the nation’s greatest comedy actors, best known as Boycie in BBC1’s Only Fools and Horses. In this one-off show, the national treasure will reveal secrets from the set with stories and anecdotes from his dazzling career.

Mr Challis will also meet fans after the show to sign autographs and pose for pictures, while signing copies of his autobiography, Being Boycie, and novel, Reggie: A Stag At Bay. 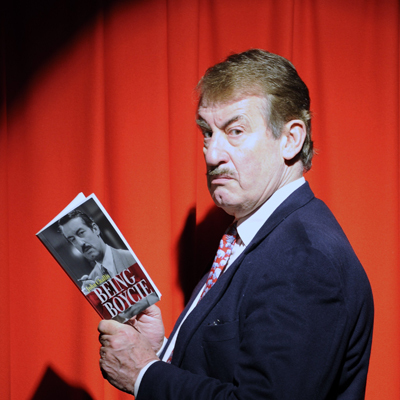