Britain’s Got Talent 2020 top three finalist, comedian, juggler and variety star Steve Royle takes his Royle Variety Performance on the road for a fun-filled evening for all the family.

Steve spent many years supporting the likes of Peter Kay, Dave Spikey, Mick Miller, Roy Walker and The Lancashire Hotpots on tour. He is a regular television ‘warm-up’ for programs such as "The Rob Brydon Show", "A Question Of Sport", "Mastermind", "The Price is Right" and has several television appearances to his credit including "Phoenix Nights", "Max And Paddy's Road To Nowhere", "Peter Kay's Britain's Got The Pop Factor...", and despite being one of the North West's healthiest males, a medical insurance commercial for "Medicash". He was also featured on the Granada Programme "Behind The Scenes" and "That's Entertainment" (with Cannon and Ball) and was voted "Entertainer of the Year" at the inaugural Red Rose Awards.

“You’re naturally funny, end-of-the-pier British which is what I like.” Simon Cowell

“You’re the heart and soul of [Britain’s Got Talent] because you come out and make everyone smile.” Alesha Dixon

“I adored this act, it felt fresh and it felt polished.” Amanda Holden “A Brilliant Comedian.” Peter Kay (in his autobiography "Saturday Night Peter")

“Fantastic...should be a star!” Dave Spikey (in his autobiography "Under the Microscope")

“a comedy masterclass!” The Stage 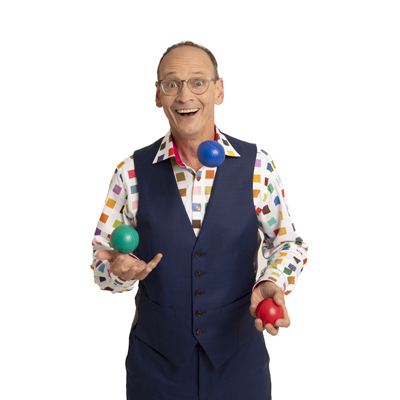