The Illegal Eagles are back by popular demand in a celebration of the music of the legendary West Coast Country rock band.

Highlights of critically acclaimed The Illegal Eagles’ 21 year career have included tours of Europe, Asia, Russia and the Caribbean, whilst in Great Britain they have performed at all the major concert halls including The Royal Albert Hall and The Cadogan Hall in London, St David’s Hall Cardiff, The Royal Concert Hall in Glasgow and The Waterfront Hall in Belfast.

Now they return to The Lyric for another outstanding show featuring the very best from the Eagles’ catalogue of classics including ’Hotel California’, ‘Desperado’, ‘Take It Easy’, ‘New Kid In Town’, ‘Life In The Fast Lane’ and many more…

“A masterclass in musicianship” The Observer 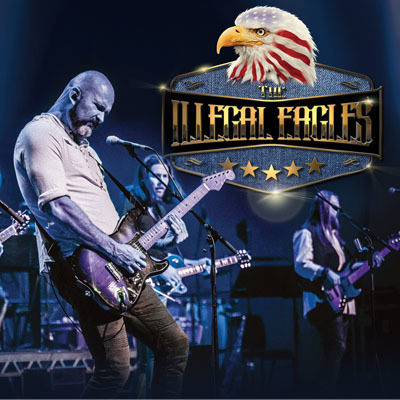